”From France emanates a construction theory for a fly rod called the Parabolic Action concept.

As the name indicates such rods always bend to form an arch of a parabola, which seems to provide utmost utilization of a cane fly rod; unsurpassed durability over time, greatest resistance against various impacts, maximal casting ability in relation to rod length and weight. 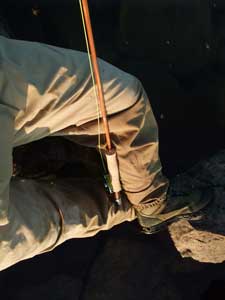 Their success over the World can be explained by the fact that they are as useful to the wet fly man as to the dry fly man .In my experience such rods are very comfortable  and less tiring to use“.

As time goes on I have more or less been associated with the Parabolic Action, and it is true. I have devoted much time to it, in theory and in practice.

I also favor this action for my personal rods and have done so for many years. And there are many qualities that speak in favor for it, regardless you like the feel of such rods or not. It should be appropriate to comment this action further.

You will recognize a parabolic at the first glance; its butt section will be much slimmer than the average rod and you will easily wiggle it well down to the grip.

The word “parabolic” itself derives from the fact that the bending curve is reversed in comparison to standard action rods. That is, most of the bending is forwarded to the butt instead of gradually increasing the bending from the tip, like in a “progressive” rod for instance. This bending allows for interesting features:

The rod will respond quickly to the slightest movement and offer a maximum of leverage. So, you are able to start up casting with little effort and still get enough thrust on the line.

As the rod “kicks back“ from a very low point and transfer it to the tip via a stiff center it will exert an impact on the line  well after the caster has made his push.
You get the feeling of an almost dynamic effect, which compared to common tapers seems to accelerate (of course it doesn’t).
This thrust over a longer time is a great benefit;it helps to push the line through the wind and permits an easy line lift as well as smoothen out bad timing.
False casting is reduced to just a few strokes as the rod works on the line  next to continuously.

As a parabolic responds so easily it isn’t finicky about line weights (three or more line weights can be used) and consequently it will respond to a short line as well as to a long one. It will cast with authority over all practical distances and be gentle on tippets at that.

The graph illustrates the differences in taper between two otherwise identical rods. The red line shows a semi-parabolic rod, the blue one an ordinary progressive rod.

Maybe all this gets you think a parabolic must be slow. Well,you can throw a very slow line and let the line hover over the water but also speed up the line for a fast delivery.

You can reach maximum distances in  three strokes.If you wish to dig deeper into this I recommend “A Fly Fisher´s Life” by Charles Ritz (ISBN 0370013964) where the author (recognized to have “invented“ the parabolic rod) explains his “High Speed/High Line “casting system"..

For the fly fisherman You could as well read it : “ Any Speed / High Line “ as the high back cast is essential for a successful ,effortless cast regardless of casting speed .

All parabolic rods have one feature in common, the low butt power zone and the stiff center .But they don´t need to be all alike. 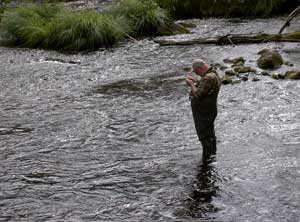 The Parabolic Concept allows for modifications up and down from slow , long rods like  Pezon “ Michel´s “The Sawyer Nymph Rod “ to rather fast interpretations like Paul Young´s “Parabolic 15“ and they can be modified to very delicate creations too.

I use three different formulas, one which is very close to the original definition, one somewhat faster for general use, and finally a fast action formula, close to the limits of a parabolic rod “pàr definition“.

All three are calculated to develop maximum efficiency and delicacy. I simply call them “Parabolic”, “Semi-Parabolic” and “Parabolic Extreme “.

When I started experimenting with parabolics I wondered how far I could go and still have a useful rod .For instance I feared the butt would be too weak in a short rod. This proved to be otherwise

In fact, calculating a short light rod of an ordinary action is much more critical than calculating a parabolic.If you make an error of, say, 1/10 mm, you will end up with too stiff or too weak a rod.

.In parabolics the limits are more generous.This also applies for line weights. I have successfully made Parabolics from 6 ft, # 2 lines and all up.
I remember one rod particularly, an 8 ft for heavy line meant for dry fly salmon fishing. We tested it with a # 9 WF-line. It was able to throw out 30 yards in two or three strokes.

Ed Engle, author of “Splitting Cane“, once asked me what rod I would choose if I had to pick just one.
I said that would be an 8 ft parabolic for # 5-6 lines. He admitted such a rod was a splendid “all-rounder” and that he had often wondered why such rods hadn’t caught on in the US except for among Paul Young devotees.
Neither have I an answer to this, but it´s a pity since there is so much that speaks for them.

Approximate bending curve for a Parabolic rod while under the impact of casting. Please note the stiff center,which directs the force from casting down to the bottom of the rod. 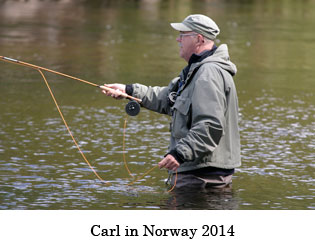 Today many fishermen tend to look at split bamboos as an alternative to fast graphite rods. Often they want something contrary to the fast synthetic sticks.

Is there a too big difference to overcome if you choose a bamboo parabolic? Frankly, I don´t know. What I do know is that a committed caster can adapt to a new action within 30 minutes or so.

That goes for parabolics as well. Let me give you some advice:

Rod tubes handcrafts in leather can be ordered from Roland Nilsson,
Phone. +46 706492096, This email address is being protected from spambots. You need JavaScript enabled to view it.
Recommended! 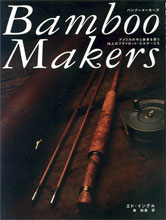 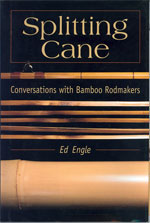